Welcome back to our weekly series called Tuesday Tools and Tips. This is a series to help the traveler and runner with various tools and tips that will help to make your training and traveling easier. If you have suggestions or questions that would apply to this weekly series, feel free to contact me and let me know and I will work it in!

If you have ever run in a race, you have seen other runners running with these oversized wristwatches. These GPS watches become one of the most essential pieces of running gear to most runners who first put it on. You will find that some would be more willing to run without shoes than to run without their GPS watch. What is so special about them? Do you need one? Do you have one and you are thinking of going with a different one? GPS (global positioning system) first launched as single satellite in 1978 and reached the full 24 satellites in 1994.Within the years to follow, consumer applications began to come out with increasing frequency. It is hard to remember, but as short as 10 years ago, GPS devices were not really that widely known. In 2000, the government turned off the system that prevented consumer devices from being more accurate (now accurate up to 66 ft as opposed to the previous 330 ft). Today, GPS devices can be found in vehicles, on wrists, and in pockets (stand-alone devices as well as smartphones) and are relied on for a multitude of activities.

GPS devices work by taking signals from these satellites and determining the distance from the satellite based on exact time measurements. By using multiples of these satellites as references, the GPS devices then calculate the position by using triangulation. These satellites travel about 12,000 miles above the earth, travel at a speed of about 7,000 mph, and are powered by solar panels. The whole GPS program is overseen and handled by the Department of Defense and is free to use. The greater accuracy for devices comes through the different receivers that are purchased, as well as the technology employed for the receiver. All upgrades and modifications made to the satellites themselves are done to improve GPS capabilities but must also remain backward compatible with the devices that have always been sold.

One of the first GPS running watches to come out was made by Garmin – the Garmin Forerunner 101. It first came out in 2003 and was quickly followed by the Forerunner 201 and 301. I had heard about these watches early on but had not started running yet. When I first tried to start running, I found that I was quickly getting winded (like, after 1/2 mile) when I thought for sure that I should have been able to go for longer. When I borrowed a friend’s Garmin, I found that it was because I was running at least 2 minutes per mile faster than I should have been able to do. Having the watch, I was able to better track my pace. I was hooked and ended up purchasing a Garmin Forerunner 201 on eBay.

The watch was fantastic! I eventually moved through the various models as I am a bit of a techno-geek and I love playing around with the various functions. These are the watches that I have owned:

As you can see, I am somewhat partial to Garmin watches. I love the integrated GPS function that these watches have over the Polar watches (most of them) and Timex (most of them) which have a GPS module that goes on your arm or waist. For visibility of the satellites, that is a better method, but I really prefer the all-in-one approach instead.

The different watch models out there offer mostly the same parameters for tracking but will have different ones as well that set them apart from each other. GPS watches are great for the following: Once you pick your watch and manufacturer, then you get access to some incredible training/logging software that syncs with your watch. With Garmin, they have moved to an online-based log (which gives more detail and better stats that their older software model). Polar, in my opinion, has the best software for training performance. The training metrics that are available to you are really incredible as a tool to help you with your form, speed, and endurance. Motorola has a decent training portal as well in addition to having some unique features as well (it is a software based watch): it is a MP3 player as well as GPS device, the software will tell you which music tracks helped you run faster, the sharing functions are very nice, voice-based goal directions and consumption reminders, and many more as different add-ons had come out. Not having used Timex, Suunto, or Soleus, I cannot speak to their software but I do know that Garmin is the most popular for integration with other online portals (such as Dailymile), with Timex behind them.

In addition to the running metrics, some GPS watches offer sport-crossover such as swimming performance tracking and biking. It is really all about what you are personally interested in with a GPS running watch and what you are willing to spend. One thing that is (thankfully) receiving more attention is the battery life. If you run ultramarathons, your watch selection just narrowed pretty heavily (unless you are a world-class 100K runner). Only a few watches give better than 12 hours of battery life. So, pick what you find to be of the most value in a watch – chock full of features (like the Motorola Motoactv), a literal training computer (like the Polar RS-800CX), a small watch (like the Garmin FR-10s), one with great battery life (such as the Garmin Forerunner 910XT), or one that is simple to go with – and give it a shot. Before long, you will also find it hard to leave home without and call runs in which you do “liberating” 🙂 Below is a list of many of the currently available watches (and the price listed is the retail price, not necessarily the best price it can purchased at)

There are many different sites to find information about these watches (and older ones). Here are just a couple: 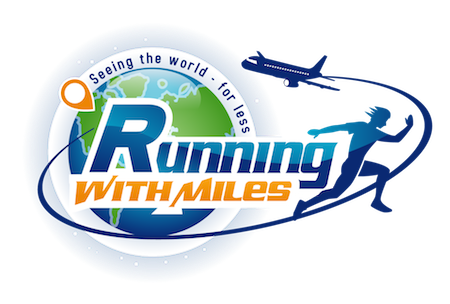