A great Black Friday deal on the Apple Watch Ultra! This watch was just released and already it has a nice sale to make it an even better value.

The new Apple Watch Ultra was just released less than 2 months ago and was backordered until just a couple of weeks ago. Yet, there is a sale going on for it right now!

Link: Apple Watch Ultra Sale (this is an affiliate link that supports the site – thanks for the support!)

It is the biggest release by Apple in the wearable category since the original Apple Watch since it finally delivers on better battery life (twice as much), bigger screen (7% larger), a more defined display surface, more rugged, better GPS thanks to dual-GPS, and more.

Plus, every version of the Apple Watch Ultra comes with LTE so you are ready to go more iPhone-free in your workouts and even day-to-day life, if you so choose.

The price was actually lower at release than I had figured it would be at $799. But, now, less than 2 months since its release, you can now get it as low as $739! 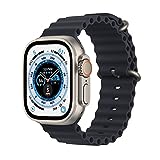 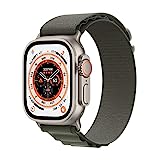 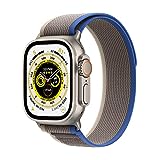 Having owned and used it, I can say that most people are probably better off with the Ocean Band. It looks way better in person and it doesn’t retain water and sweat like the other two bands.